I am happy to report that we got all the yarn labeled before I left for my mini vacation. I was pleased to be able to meet that goal and relax and enjoy the trip.

I had a fantastic time in Chicago, where we went for the concert and then visiting one of my daughters. Steven Wilson and the band were awesome as usual and Jerry and I had a lot of fun alone time. We saw the show both nights at the Vic Theater and did some exploring around the area.

We stayed at the hotel just around the corner and saw the band’s gear being unloaded into the venue on the afternoon we arrived. I tried to play it cool and not look like a fangirl but I was totally losing it inside, LOL!

We bought the tickets for the first night’s show as a last minute idea so we were in the balcony that night. I didn’t take any pictures from that show but I am so glad we went since the setlist was slightly different both nights and we would have missed out on one of the songs we were most waiting to hear if we had only seen the second show. I had bought the tickets for the second show when they went on fan pre-sale so we were in the second row for that. I did take a couple pictures but restrained myself from taking more since they asked for no filming the first night.

This was pretty much how close we were when they came to the front of the stage. I only cropped these pictures a bit, no zoom was used. It was amazing!

On the day between shows Jerry and I walked down to the lake front park and puttered around for awhile before lunch. 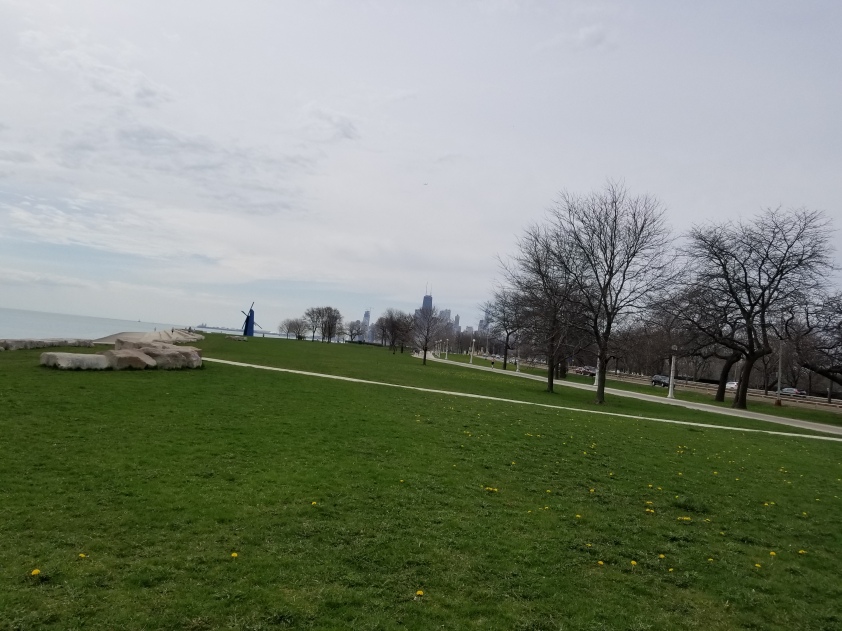 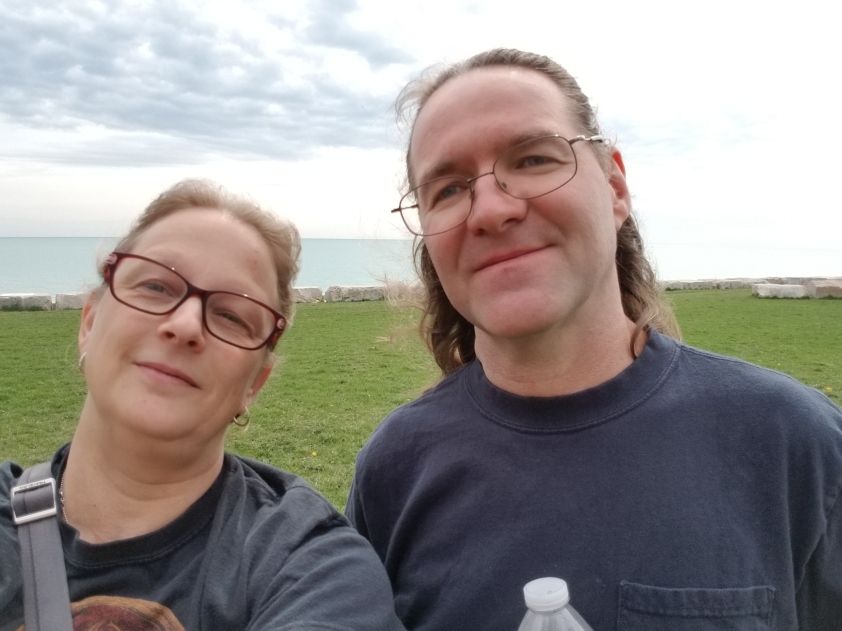 We went to visit Meredith and Luke the next day and had a great visit with them, but I forgot to take any pictures. Oops! We also missed the new baby by a day and a half. She was born the day after we got home. They named her Samantha Claire and she looks very much like her beautiful mother did as a baby.

Speaking of babies, I did finish that onesie I was knitting on the night before I left for Minnesota. I didn’t get a chance to take a picture before I left so I will do that on my return. In the mean time here’s a knitting progress shot of Carolan, which I have gone back to work on. I was able to find my place without much trouble and have knit quite a bit on it in my down time at the hotel last night and the night before last.

I am headed over to the fairgrounds to set up my booth shortly for the Shepherd’s Harvest Festival tomorrow. Here’s a shot of my truck and trailer I took Tuesday before I left Nashville. As you can see we are in full spring/summer mode there, but not so much here in Minnesota today. It’s only mid 40’s today, but I see the forecast for Saturday and Sunday look sunny and warm. Hope it’s good turnout! See you again soon. 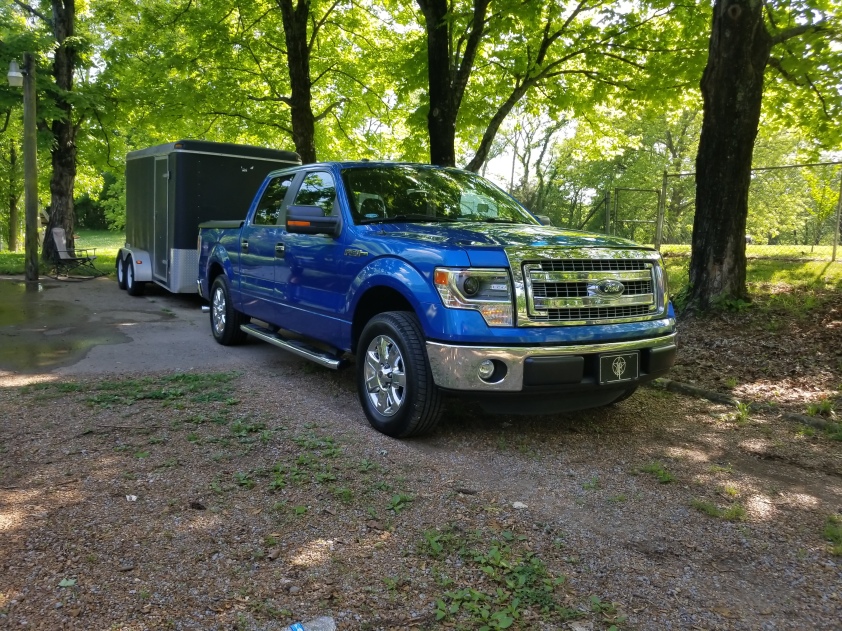